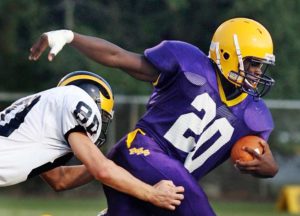 Excerpts from an education-expert.com article by Dr. Edward F. Dragan

As expert witnesses, [Dr. Dragan and Education Management Consulting, LLC] have encountered many cases in which students suffered physical or emotional sports injuries during their involvement in school athletics. Examples include instances of bullying, hazing, and sexual harassment on buses to and from interscholastic events while coaches were not paying attention. Other examples involve inappropriate behavior, physical assaults, fights, and initiation of younger team players while the coach was in his office with the door closed. Often, such behavior is excused as “boys being boys” or “kids being kids.”

A variety of circumstances on or off the field could potentially lead to personal injury of students. Unstructured practice time, unsafe premises, faulty athletic equipment, failure to follow established school policies, lack of policies, inappropriate and abusive behavior of coaches, and tolerance of such behavior are just a few examples.  Any of these circumstances may place students in situations where they can suffer sports injury, leaving schools liable for those injuries.

To avoid such situations, a school would be wise to begin with a two-step approach. The first is to develop policies that explicitly prohibit hazing and require that coaches, teachers, and anyone else in a supervisory capacity exercise proper care of students. Proper care involves appropriately supervising athletes, ensuring safe facilities, following state guidelines for interscholastic athletics, and directing students to appropriate medical care, if needed. The second step is to ensure that those responsible for carrying out those policies understand them and follow through on procedures for their implementation. It is prudent, for instance, for the athletic director to hold a preseason meeting with coaches before the start of fall, winter, and spring sports or any sports camps to advise coaches of their responsibilities. Parents and students should be invited to those meetings so that they also know the standard of care that coaches are expected to uphold and, if necessary, share their concerns with the athletic director.

Because schools have a duty to provide safe facilities and grounds, they should periodically inspect locations where student activities are taking place. Failure to inspect school premises may be grounds for school liability. In one case in which our firm was engaged for expert witness services, a soccer player incurred serious injury during practice on the school athletic field. On several occasions, the coach and others reported to school officials that there were holes or deep depressions on the field, making the field uneven and potentially dangerous. The school did not fix the reported problem and, during practice, a student stepped into a deep depression, permanently injuring her ankle. In such situations, the school are negligent and often have actual knowledge of the dangerous conditions and deliberately ignores the notice, resulting in student sports injury.

In certain situations, a school may not be responsible for the condition of its premises and the safety of others. In a 1984 case, (Begin v. Georgia Championship Wrestling, Inc., 172 Ga. App. 293, 322 S.E. 2d 737) a spectator at a wrestling exhibition was injured when her foot got stuck between two seams of plastic covering the gymnasium floor. The three-foot wide plastic strips had been placed around the wrestling ring by the school where the event was being held. The plaintiff sued the promoter of the event and not the school where it was held. The court clarified that, although the school was the sponsor of the event and employees placed the covering on the floor, the plaintiff was an invitee of Georgia Championship Wrestling, Inc., the promoter. The promoter was the occupier of the premises and, as such, is charged with the duty of keeping the premises safe for invitees even though the activity was held in the school gymnasium. An occupier of premises is under duty to inspect the premises to discover possible dangerous conditions  of which he does not know and to take reasonable precautions to protect the invitee from dangers which are foreseeable from the arrangement and use of the premises. (Prosser, Law of Torts (4th ed.) 393, 61)

To protect athletes, coaches should be proactive and consider everything they can do to prevent foreseeable athletic injuries. Participants in interscholastic athletics are students first and athletes second. As such, coaches are in the position of providing, at a minimum, “parental control” and must exercise judgment that a “reasonably prudent adult” would take to ensure the safety of students. That means for example, creating practice and game conditions that are safe, such as pitting athletes of equal (rather than unequal) ability against each other and modeling sportsmanship and ethical behavior.

Coaches should supervise athletes at all times — while they are in the locker room before and after practice, waiting to be picked up after practice, and any time they are on school grounds. Students are far less likely to do something inappropriate if they are properly supervised and if they know that certain behaviors are not tolerated. When coaches fail to supervise and a student is injured, the school may be held liable.

Finally, school administrators should ensure that coaches and physical education teachers conscientiously carry out their responsibilities. When everyone does their part, the school may avoid liability claims and costly litigation. But absence of claims is not the goal; ensuring the health and safety of student athletes is the goal. If safe conditions are in place, if coaches and physical education teachers supervise students appropriately, and if they respond to injuries quickly, then the likelihood of student athletes becoming injured will be greatly decreased — and students, parents, and the school will all benefit.